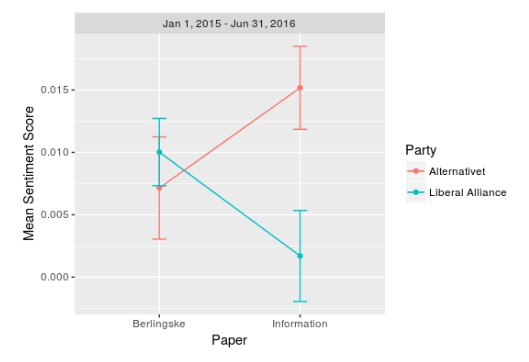 Traditionally, the evaluation of political biases in Danish newspapers has been carried out through highly subjective methods. The conventional approach has been surveys asking samples of the population to place various newspapers on the political spectrum, coupled with analysing voting habits of the newspapers’ readers (Hjarvard, 2007). This paper seeks to examine whether it is possible to use sentiment analysis to objectively assess political biases in Danish newspapers. By using the sentiment dictionary AFINN (Nielsen et al., 2011), the mean sentiment scores for 360 articles was calculated. The articles were published in the Danish newspapers Berlingske and Information and were all regarding the political parties Alternativet and Liberal Alliance. A significant interaction effect between the parties and newspapers was discovered. This effect was mainly driven by Information’s coverage of the two parties. Moreover, Berlingske was found to publish a disproportionately greater number of articles concerning Liberal Alliance than Alternativet. Based on these findings, an integration of sentiment analysis into the evaluation of biases in news outlets is proposed. Furthermore, future studies are suggested to construct datasets for evaluation of AFINN on news and to utilize web-mining methods to gather greater amounts of data in order to analyse more parties and newspapers. 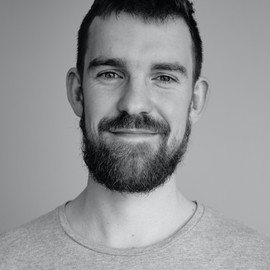 I am a PhD student at the Department of Clinical Medicine at Aarhus University studying how to use machine learning to improve patient outcomes in psychiatry. In particular, my focus is on applying methods from Natural Language Processing to electronic health records for early prediction of schizophrenia and bipolar disorder.